Constructed in 1887, the stone depot at South Los Guilicos (from the original Spanish Land Grant) was ready and waiting when the first trains began arriving in 1888. It was a small but impressive structure, built in Richardsonian Romanesque architecture of locally quarried basalt stone and one of only two stone depots of that era in the state. Both the names of the village and the depot were changed to 'Kenwood' in 1895. 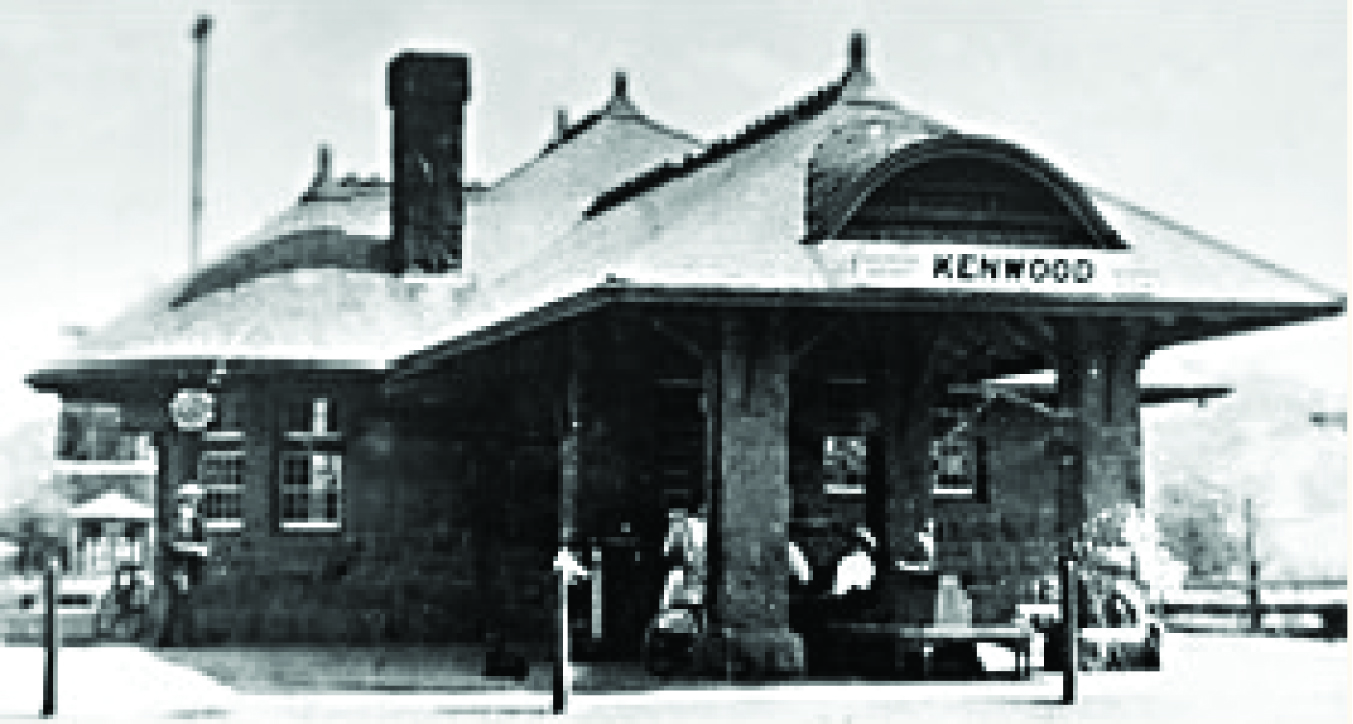 Scheduled rail service began in June of 1888 and with it began a colorful period of growth throughout Sonoma Valley. Visitors from San Francisco kept the valley’s hot spring resorts bustling while the freight cars rolled out, filled with everything from fruit to cobblestones quarried at numerous sites along the rail line. Much of San Francisco was paved with stone delivered by rail from Sonoma Valley quarries.

Eventually, the advent of the automobile and commercial trucking began taking its toll on railroad revenues. Service to Kenwood was discontinued in 1934 and, soon after, the entire line was abandoned. An era had ended but no one disputes the valuable contribution that was made. Former rail beds winding through vineyards and meadows are reminders of a time when locomotives ruled the valley.

With the loss of rail service, the depot sat quietly until 1940 when the women of the Kenwood Improvement Club — specifically one Agnes Morton — persuaded Central Pacific to sell the abandoned depot for $10 with the stipulation it be held by, and used for, the good of the community. It became Los Guilicos House and had many users over the years, including 4H, the Campfire Girls, Valley of the Moon Farm Bureau and the Kenwood Improvement Club, now the Kenwood Community Club.

Today, the Kenwood Depot is a valued community center, providing a site for local programs, town meetings and special events.

KCC Historian Doug Offenbacher pubished a series of articles on the Kenwood Depot in 2012 and 2013. They are informative and entertaining.